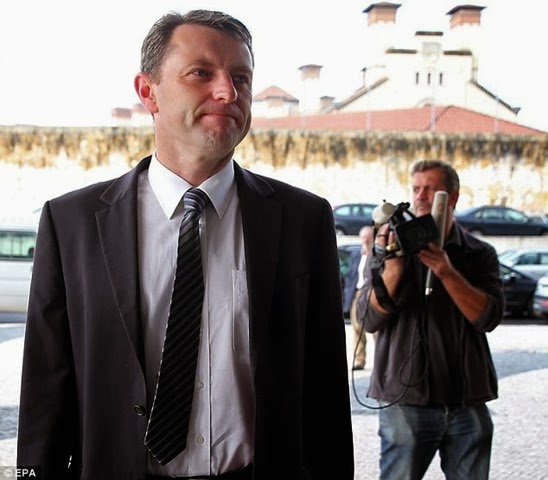 Dr McCann fighting his way through photographers in Lisbon

David Smith has been granted exclusive access to the facts here and in Portugal. He  reveals what is really going on in the “case of the century” and how even now Kate has hope. 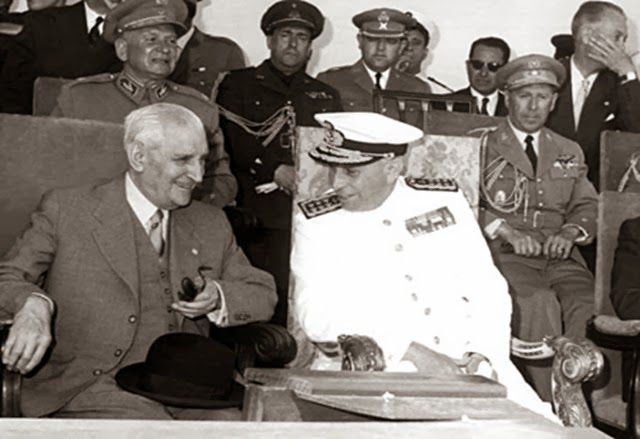 Portugal's ruling party listening to the trial on videolink

For weeks Kate & Gerry McCann have had to suffer ridicule and humiliation in their on-going attempts to achieve justice for their daughter. Heartless Portuguese "journalists" have mocked the sad little clutch of family members and hangers-on as they waited uneasily  in the vast corridors of the Lisbon courts, corridors which once echoed to the sound of Salazar's victims pleading for their lives.  They have looked shocked, bewildered, at the onslaught of ridicule and disbelief that has greeted their evidence, uttered in good faith and with touching loyalty in those merciless blood-stained chambers. The garrottes, which once stood by the prosecutors' bench  as a reminder of what awaited the victims, even for parking offences, have now been – temporarily? – stored away in the grim cellars or sold on EBay to clear Portugal's vast debt, but nobody is fooled. Here the couple's long Calvary continues.

Nor is it just the families who suffer. Ken Roach, hair-shirted conscience of a generation and socialist icon has had to watch his well-educated and quite well-off, actually, daughter biting back the tears as the court burst into loud and prolonged laughter at her attempts to tell the truth as she saw it. Film-makers, even  unsuccessful ones, are, along with journalists, the index of a country's civilization. Who will be persecuted next – nurses? This is a society in denial.

The Fight Back Begins

But now, at last, change is coming. In the Spartan but comfortable hotel floor which the family witnesses have taken over for the trial I was able to learn of how, to use Kate McCann's immortal words in Madeleine, "the fight back begins".

Kate & Gerry are anxious to stress that nobody forced them to go along with Duarte's defence strategy. They shrug their shoulders when asked if she could have done better and insist that she retains their full confidence: that's how the McCanns are – blame Liverpool if you like but Macloyalty remains their middle name. "It's just the way things are," sighs Kate, "you know it starts with the shoplifting at school. Of course it's wrong but everybody there does it so we all pull together. You know what I mean? Loyalty."

But one of the family, speaking without the permission of the parents,  told me afterwards,  "Izzie's got no idea and she destroyed us. Her and that f****** umbrella. And she overcharges like a good 'un."

Another family pal, though, said "M/S Duarte is doing her best under very difficult circumstances. Kate and Gerry respect her contribution and are working well with her."

But, quietly, diplomatically, the McCanns have taken over the defence burden. I can now reveal that Kate McCann’s appearance in court is just the start: SIX new witnesses have been accepted by the judge and will testify in the last week of November. A source close to the family said “the gloves are now off."

Amaral, who refused to discuss the case with me in 2007 and 2009 despite the usual incentives offered will be shocked at the firepower he now faces.

I have now seen the six names, although I must stress that the family had no part in giving them to me. This is the list:

A member of the British Establishment

They are NOT alone

Dr Payne represents the group of close friends who accompanied the McCanns on their ill-fated trip in 2007. Much nonsense has been written about their unwillingness to stand up for the tragic couple and their supposed fear of returning to Portugal. The truth is that, desperate though they have been to stand shoulder to shoulder with the pair,  they were assured that staying away from Portugal  was “well within the bounds of good friendship”. Despite this, and at great personal cost to themselves – it is understood that the fund will not pay Dr Payne's air fares – they have agreed that Dr Payne should stand for them all.

In hitherto unknown testimony Dr Payne will confirm that Maddie was indeed alive and well  at 8.30 PM on May 3 when the parents left her and walked the  few yards to the famous tapas bar. In order to help out with the parents' evening routine he bathed the child. "She was a bit dusty," he remembers, "so she was in the bath for over an hour." In all that time he saw that Kate, who was wearing white,  remained calm and untroubled.

Mr Paolo Rebelo will state that after Mr Amaral was sacked for misrepresenting his lunch expenses his office was fumigated and a new era began. By April 2008, he will say, “we had new evidence suggesting abduction and all of us had now changed our minds. That was why I wrote to the friends telling them there was no need any longer for their reconstruction. I wish to apologize to Kate and Gerry on behalf of the PJ.”

Next will be the chief constable of Leicester who will confirm that the McCanns have “handsomely demonstrated their innocence” and should be freed from the burden of constant suspicion. He will also apologize for not having made this clear sooner.

Mr Bernado O’Higgins is president of Dom Pedro hotels worldwide. He will testify to the dire consequences for Portugal, and indeed other countries in the sunnier parts of Europe, if costs are awarded against the family and their fund.

Mr O' Higgins, one of Portugal's most influential businessmen, will say, " Gerry and Kate and their family have virtually carried our hotel chain through this very difficult recession as they have travelled the world in search of justice. Should the fund be exhausted redundancies will have to follow, particularly in the beauty salons which are highly labour intensive."

Next to testify will be a member of the British Establishment. He has not been named but is expected to wear a brown tweed suit, Lobb shoes, carry ancient binoculars with Ascot Royal Enclosure tickets dangling from them and walk with the aid of a nineteenth century Wilkinson swordstick. He will state in a loud, braying SAS officer's voice that "anyone who thinks we and our support are all inventions of Dr Gerald McCann's diseased imagination had better think again" and will discharge meaningful glances at all corners of the court. He will conclude, "We believe in them and their innocence and our reach is long.” 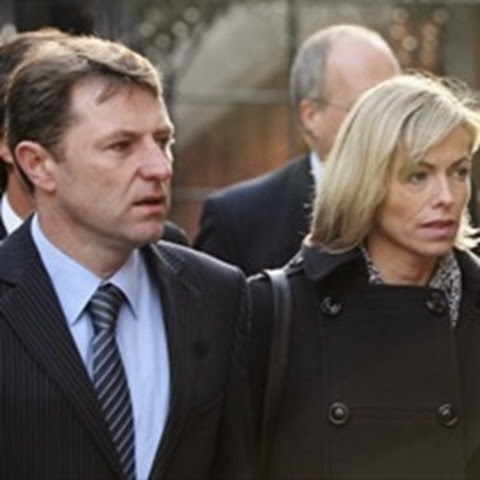 The most feared couple in Britain

The final witness will be Mr Peregrine Scrope-Dewurmer, president emeritus of the Kennel Club of Great Britain and, be it noted, a friend of her majesty the queen. Mr Scrope-Dewurmer, despite his well-known gambling problems and three bankruptcies, is the world's leading authority on dog communication and Canine Whispering.In devastating new testimony he will confirm that he was present when Glorious Twelfth of Axminster Farm West, otherwise known as “Eddie” was terminated on grounds of ill-health in 2011. Before his injection took effect Eddie's demeanour and doleful barking clearly indicated, Mr Scrope-Dewurmer will say, that he was apologising for his "lapse of judgement" in Portugal 2007.

McCanns, united, will never be defeated

It is a tremendous legal achievement. But why have they had to do all this themselves and so late in the day? Why didn't more people contact the discredited Duarte and tell her to change course? Her disastrous strategy gave an impression that hardly anyone outside their close-knit families cares a fig whether they live or die. Why were they left looking like outcasts, pariahs, when we know how strong their support is? These people rang Gordon Brown! They contacted David Cameron! They sue! They matter!!!

And then, lastly, there is the question of Madeleine. Soon the sneers are going to turn to tears

The writer, an expert on baby monitors, would like to thank friends of the family for their help in writing this article.