The way the con continued 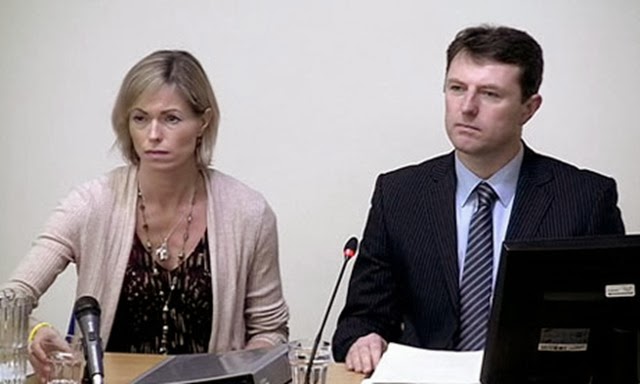 The pair being questioned on oath about the  London Bridge sale

The attempt to deceive the UK public, the original con that they hoped would save them, continued even though that public was beginning to find out, unofficially,  what was going on. It was therefore vital that the information remained "only rumour", to use a favourite phrase of Kate McCann.

So they denied everything as long as they possibly could and made sure they never gave any hint of confirmation themselves that the police were hot on their trail, however bizarre their attempts became in the light of reality. With nothing officially confirmed they still had prospects for the future – once they'd got out of Portugal.

I'll leave aside completely the simultaneous work the pair were doing with their spin machine and lying to journalists using their various agents and shills – a huge subject in itself. No, this is just their spare time stuff.

Below is a well-known selection of events in August 2007. Each event is followed by extracts from Gerry McCann's blog entries to demonstrate how accurately he conveys the truth for the UK public.

August 2 2007 Gerry & Kate McCann had their place turned over by the police and were left with only the clothes they were wearing. The game was up.

August 2 Gerry McCann’s blog Today was a bit of a write off for me as I was laid low with a probable viral illness which meant I could not stray too far from the house! I did manage to get through some e-mails, telephone calls and some paperwork. Feeling a bit better tonight so hopefully be back to normal tomorrow.

August 3 It is exactly 3 months since Madeleine was abducted. Kate and I had an early start as we drove to Huelva, 50Km over the border from Portugal in Southern Spain. We were meant to go yesterday but had to cancel because I was ill.

August 6 Police asked Gerry McCann to meet them and then seized his car and took it for forensic testing.

August 6  Today was again very busy. Lots of e-mails and telephone calls to family and friends who have been involved in the campaign to find Madeleine.

August 7 Of course all possibilities are being considered and the police have to be certain before eliminating any of the scenarios. It is absolutely right that we are subject to the same high standards of investigation as anyone else. Kate and I have, and will continue to assist the police in every possible way.

August 8 Kate & Gerry McCann interrogated, accused by police of lying and covering up their actions with regard to the child. Suggestions they could face a murder charge. Both of them in hysterics.

August 8 Kate’s parents left early this morning…At our meeting with the Portuguese police today we reaffirmed that we have to believe Madeleine is alive until there is concrete evidence to the contrary. It is this belief that has driven everything we have done in relation to publicising Madeleine's disappearance over the last 3 months.

August 11 Just another day but a significant milestone that we prayed we would never have to face without Madeleine…In the afternoon we went to a local swimming pool and play area with the kids and their cousins. They had a great time swimming, playing with tennis balls and generally messing around…There was a statement from the Portuguese police today regarding the recent activity in the investigation and media speculation. They confirmed that there are new leads and that we are not suspects in Madeleine's disappearance.

August 20 The McCanns go and see criminal lawyers to defend themselves against the charges which are obviously coming,

August 20 I had a predominately quiet but productive day. I spent most of it at the computer or on the phone. We keep in regular touch with both the Portuguese and British police but there has been no major news in the last couple of days.

September 2 The police tell them they will be formally interrogated in the coming days and to bring a lawyer. Shouts, tears, hysterics.

September 2 Another relatively quiet family day.My mum and sister arrived this morning after we had been to church. This afternoon we took the kids to a friend’s house with a pool. Kate and I went for a short run and then we all had a swim and a couple of treats brought all the way from Glasgow!

September 5 We were surprised to find increased media presence in Praia da Luz again today. We were followed down to church, then to the shops and back to our accommodation which is very unusual, apart from the build up to the 100 days. All the excitement seems to be over the results of the recent forensic tests that again have created a huge amount of speculation.

The rest of the story is all too well known. I will leave readers with just one more paired entry.

September 7 Unable to face the prospects of jail Kate & Gerry McCann discussed fleeing across the border but decided against.

September 10 On Saturday we asked the Portuguese police if they had any objection to us coming back to the UK. We had assured them that we will continue to cooperate fully with the investigation and of course will return as requested and for our own emotional reasons.

An entry that provides a satisfactory conclusion to a remarkable performance that continues – just – to this day.