No more commenting on the libel trial.

OK, the Crimewatch programme will give people knowledgeable about the case the first opportunity to assess the calibre of the Scotland Yard squad's work and approach. The reconstruction they offer can be compared with the Portuguese investigation's establishment of events and any differences noted. And, more important, where the justification for any changes lies.

My second favourite Portuguese policeman, Alipio Ribeirra, described one significant phase of the original inquiry (before the forensic results were known) as "pure investigation", by which he appeared to mean an intellectual analysis of the so-far established facts rather than a physical pursuit.

You're nicked, my beauty

It's probably fair to say that the very real strengths of  the British police, compared with their European counterparts, are not seen at their best when it comes to "pure investigation",  except in certain  critical specialist areas such as anti-terrorism. In the latter, of course,  the  police are actively assisted by the exceptionally highly trained and educated intelligence services.

If we look at the contributions to the McCann case debate from retired Scotland Yard officers, many of them senior, to get an idea of their calibre, the impression they give is quite shockingly bad. Many of them have difficulty in putting their views forward coherently on paper and, like football players, have to be interviewed sympathetically to get their views out at all to the reader. Their analytical abilities, as revealed in their newspaper contributions, are, to put it mildly,  deficient and there is a notable gap between their conclusions  – such as, for example, that favourite the paedophile ring – and  the logical or evidentiary steps leading to them.

Perhaps only the dolts among them are willing to write for the tabloid press. That's a real possibility, of course, but fails to answer the question of how dolts manage to reach senior positions in Scotland Yard.

One shouldn't overemphasize the importance of intellect in policing: the skills typical of a British detective – cunning, physical fitness,  determination, a suspicious mind, powerful and first hand knowledge of the criminal milieu, leadership and the ability to co-operate with experts – suffice in 90% of cases. But "pure investigation"? It is noteworthy that John Stalker, the only Scotland Yard head  of recent times with a reputation for intellectual and analytical rigour, at least by police standards, took a rather different view of the McCann case when he commented in the papers. 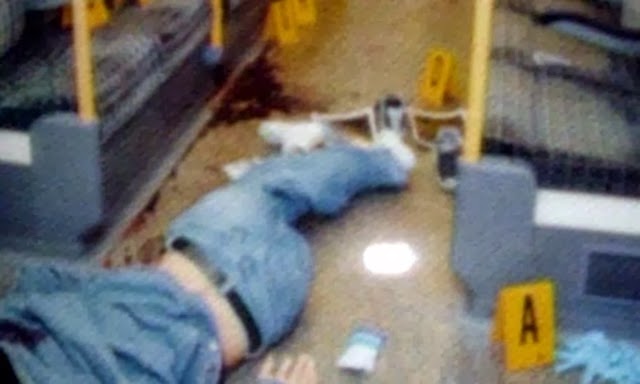 Jean Charles de Menezes after his investigation by Scotland Yard

The foot-in-mouth performances of Mr Redwood at press conferences, the calamitous and amateurish recent spinning (despite an enormous PR force at the Yard),  the blitz of justificatory statistics (38 "persons of interest", 38 000 "documents processed", 38 million "mugs of tea consumed") in their press releases—horribly suggestive of the hapless Roy Hodges listing his latest losing midfield's pass-completion rate – may conceal high-powered work behind the scenes.

Perhaps. We'll get a slightly better idea on October 14 or whenever we finally steel ourselves to watch that voice of the nation BBC TV.