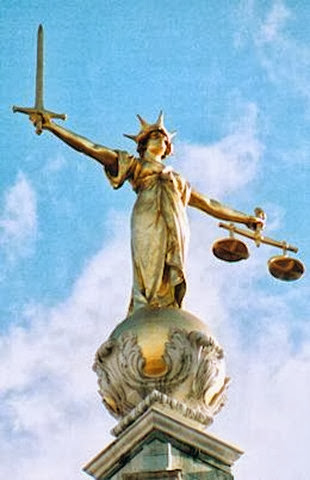 Much to look forward to – if you're honest

It will take a long time to work through the implications of the new situation regarding reporting on the conduct of Kate & Gerry McCann in Portugal, as discussed in my previous post. Let me repeat, it will offer no protection at all for those who choose to speculate with home -made theories about the McCanns' May 3 2007 actions. Quite rightly.

But let’s look at a potential example, one of hundreds.

When the transcripts of this case are released I’m quite sure “we” will get them translated, either via the Gift Relationship or a whip-round. “They” can wait for Kate McCann’s translations to appear on Facebook: good luck with that one. They'll just have to go on using MSM clippings from the likes of Kier Simmons and Brunty, won't they – unless they get Pedro Silva to translate them.

Ex-police officer Mr Moita Flores’s quoted opinion in the libel trial (assuming the official transcript, translated by Pedro Macsilva, confirms the unofficial reports)  that Kate & Gerry McCann “made up a fairy story” can be safely quoted anywhere on the Net or outside it. Even in cheap leaflets. Even by M/S Butler.

The question “how come a fairy story to the police by a couple concerning the fate of their own daughter was taken so seriously by the British media while the real course of the investigation was deliberately muffled?" can then be posed as a matter of public importance, pointing out the various statements of Mr Alex Woolfall and Mr Clarence Mitchell, and the financial rewards they received for their actions, that might help answer it.

The fact that this may “add to the unhappiness” of the couple may be true. It will also be legally completely irrelevant. The protection thus afforded will not be available to those usual suspects who, in response, gratuitously libel Flores on the Net as a “hater”. Then the McAlpine factor kicks in for Flores to use or not as he wishes.

Readers will be pleased to note that had the McCanns not sought to pursue an ex-public servant so wilfully in another country then all this absolutely privileged material would not exist, leaving the Archiving Summary, that flawed and debatable document, unchallenged as the last word on the case. Serves them very, very much right.

Meanwhile the completion of the Interrupted Investigation, as Goncalo Amaral, not me, christened it, moves smoothly onwards.

Regarding the AS, here’s a little question for debate as the autumn evenings draw in: the Archiving Summary which did the interrupting follows the form and content of the PJ report which it claims to be evaluating, even to the number of pages. With one exception.

Why do you think that Mr Menezes and his colleague changed the meaning of the PJ report by taking its climax and conclusion – the reconstruction section – and replacing it with a B-Movie I love Kate paragraph  while shifting the recon. section several pages back so that it became a subsidiary finding, not a critical conclusion. Answers on a postcard?

Much to look forward to.