Well, Scotland Yard’s latest findings make the scenario rather different. Without Jane Tanner's "abductor" who the Yard have stated didn't exist, wouldn't the reporting have had to go something like this?

Sky news reports that a couple in the Algarve say their three year old daughter has "disappeared” from their holiday apartment. They say  they were “not in their apartment” at the moment the child went missing.

Police are searching the area.

A British couple have claimed their three year old child “vanished” from their holiday apartment in Praia da Luz, Portugal last Thursday. The mother has told the media how she returned alone from a restaurant to find an intruder had broken into the child’s bedroom and abducted her.

Yesterday her family gave further details of the break-in, adding that the door had been “jemmied open” and the metal shutters damaged by an intruder.

But experts are baffled. There have been no reports of suspicious activity at the time of the disappearance.

And the resort manager, Mr Hill, has called the McCann version into question by saying that there was no evidence of a break-in anywhere in the resort. Both door and shutters, he said, were completely undamaged. No finger prints apart from the mother’s were on the bedroom window.

Police are questioning the couple and their friends in Portimao. 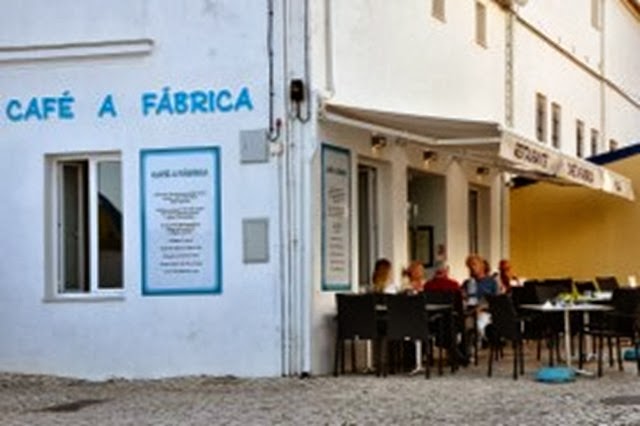 The bar where the parents "drank and argued"

According to neighbours the child had been heard crying for a lengthy period one or two nights before the "break in" .

Others now say that the McCanns were "rowing” in a bar late on the night before the disappearance with Dr McCann suddenly leaving on his own. “Kate's eyes were those of a woman scorned”, said a waiter.

Another person in the bar, an attractive fitness instructor, denied that she had caused “family tension” between the couple.

On May 3 Kate McCann  again returned home "without her husband".

English holidaymakers have told police Madeleine’s father was seen “hanging around” by the back door of the apartment at about 9.15, just before the child disappeared.

Mr Jeremy Wilcox, an English tourist, saw Dr McCann walking away from the back door in the ill-lit street alongside the apartment block. The gate was hanging open. The pair had a brief conversation before Mr Wilkins, a world-famous documentary maker with a child of his own, left.

Further confusion has arisen from Dr McCann's claims that "he left the back door open" that evening, even though the children were  alone while the parents ate at a nearby restaurant.

Madeleine McCann was not seen again after 9.15 on Thursday.

Conflict of Evidence in Child Disappearance 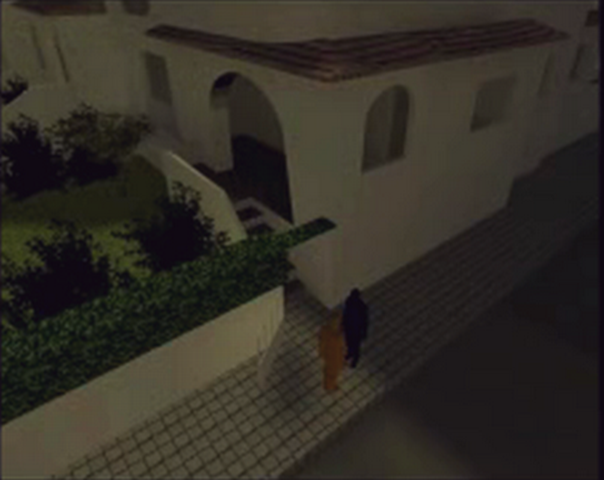 M/S Jane Tanner, an English tourist, has now come forward to say that she too saw Dr Gerry McCann on the otherwise deserted street behind his holiday apartment.

She said, “I walked past him and Mr Wilkins as I was on my way to my own apartment to deal with my sick child.”

Asked if she’d seen the “jemmied open” shutters up as she passed the front of the apartment, M/S Tanner said, “No. Nobody did.”

Dr McCann is now refusing to comment but a family friend  said, “If she was on that street Gerry would have seen her, like he saw Mr Wilcox. He didn’t. She wasn’t.”

The child’s mother is believed to be under sedation and unable to take part in the latest round of police questioning.

Mr Wilcocks has been eliminated from police inquiries.

It is now understood that at the time Kate McCann claims she found their holiday apartment broken into a middle-aged man was seen carrying a child through ill-lit back streets towards the sea edge where a low but turbulent tide was running. Police divers have been operating off the beach for two days now.

Dr Gerry McCann, 40, is from Rothley in Leicestershire

Three witnesses have described the man seen with the child, who they described as “apparently unconscious”. One of them has claimed to recognise him.

A police  source said “we expect to make arrests soon.” Asked about rumours that the man was identified as British doctor on holiday in the area, the police refused to comment.

The international media who flooded into Praia da Luz ten days ago have begun to leave, it was reported today.