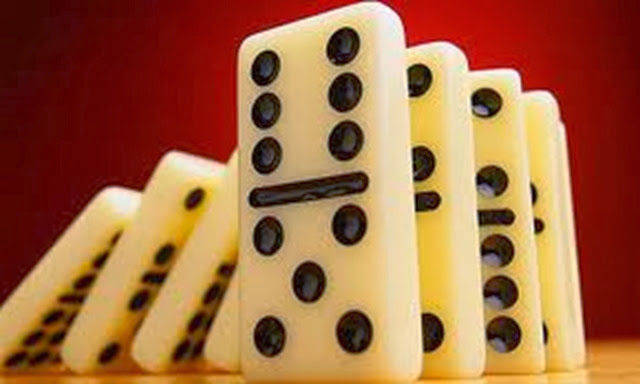 Let’s try and  make it clear why the dominoes must fall. For those who are not familiar with the case let’s stick to the fatal bedroom door.

We described in the previous article how the group "evolved" their evidence, so that by May 6 it rested solidly on one foundation: the abductor and intruder seen by Jane Tanner.

The dominoes must fall

The problem for all the dominoes is this: if the foundation that they built on is suddenly removed then their evidence no longer makes any sense. It cannot be true. And once domino Mathew Oldfield decided to back their story, and once domino David Payne organized nearly all the group to collude in writing  a document containing a hugely  elaborated version of these lies and presenting it to the British ambassador and the Portuguese police, the story was set in stone and set in time.

With the “timeline” printed and fixed there was no going back. According to that fairy tale the bedroom door was left partially open when the pair went to the restaurant that night, disturbed between 8.30 and 9.05, returned to its original position by Gerry McCann at 9.10 and  found disturbed again by Oldfield at 9.30.

They’d lied too much – instead of the intrusion evidence they invented to fit in with a shadowy figure on the street who’d never be found they’d created two intrusions! Someone must have moved the door between 8.30 and 9.05, without disturbing the shutters, which Oldfield and McCann confirmed were down. After McCann left at 9.10 another intrusion must have occurred, this time, as Oldfield confirmed, involving the shutters as well as the door being open.

Since May 10 the McCanns have attempted, with and without lawyers, to talk themselves out of this self-created trap. They were, naturally, driven to claim that an intruder might have been hiding in the apartment to bring the two intrusions back to a single one, even though the children remained undisturbed and the PJ said there was nowhere in the small apartment for anyone to hide.

To cope with the shutters being closed when the first abductor was in the apartment but open when Oldfield was there they then had to invent a reason why the shutters would be opened from within. Which led to the next lie: it must have been to pass the child out.

To whom? Why there must have been another abductor outside!

The attempts can be followed on Panorama, the Oprah Winfrey show and elsewhere, including the enthusiastic words of that conservative party candidate Clarence  "Freak" Mitchell. On Panorama they actually made it worse, despite the careful “expunge it!” script, with Gerry McCann forgetting his lines and saying he’d “closed” the door, instead of “leaving it ajar”. Whoops!

Oldfield, for his part, had to face some proper questioning instead of the celebrity loving BBC and its presenters. His limp attempts to talk himself out of trouble by directly contradicting his PJ evidence to Leicester police in 2008 are also a matter of record.

With the acceptance that an “abductor” never existed at this time and that the bedroom door, therefore, had never been moved the McCanns and their helpers are left nakedly exposed. Let the ever-helpful journalist David James Smith elaborate  in one of his 2007 articles:

“It perhaps needs to be stated openly that all these timings and details, the way in which they weave and dovetail together, are based on witness accounts – corroborated not just by the McCann group but by others, such as Jes Wilkins – and that, despite suggestions to the contrary, there are no obvious contradictions or differences between them.”

We’ll forget that last bit, shall we? Stick to the beginning: ever tried unweaving a garment and putting it back together in a different shape? Ever tried undoing dovetail joints and making them lock together a different way round? It can’t be done. 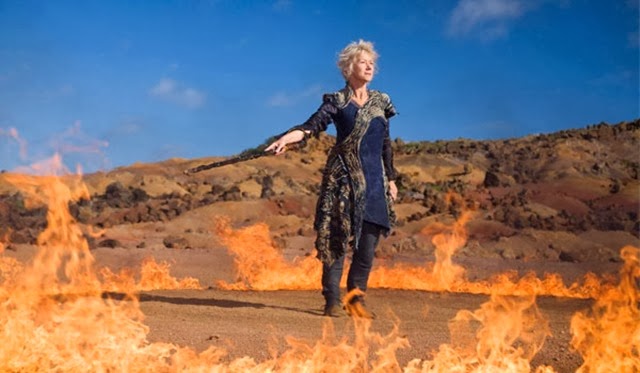 In her last words about the bedroom door Kate McCann has given up on the task of locating its position on her 10PM apartment entry. Too dangerous. Instead, and quite in keeping with the whole “fairy story”, she has conjured up a squall like some crazed female Prospero, leaving the door to swing wildly in the wind, forever undecided.

If Jane Tanner was sure of what she’d seen  then the Yard’s claim that the original of the abductor has been located would be irrelevant and the threadbare remains of the group lie still in place: all she has to do is stand by her story, tell them they’ve found yet another walker and child and suggest the Yard  get back to work.

But whoever she’s been talking to she clearly hasn’t said that, has she? And, as I said, she's the only one in the group not involved in David Payne's story creation. So what do you think she has been saying? And to whom? Something else for the group to fret about as the dominoes start to fall.