From those wonderful people who gave you Jimmy Savile 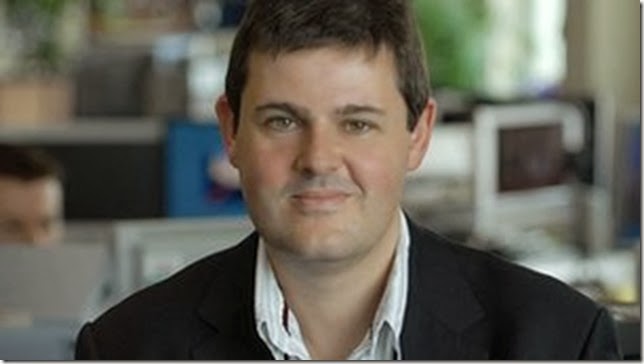 A Corrupt and Debased Organization

So who were the biggest players to help Kate & Gerry McCann subvert the Portuguese investigation by deliberate misreporting and  censorship of material that they didn't agree with? Using feeds provided by the two main suspects (as we now know), their family and their professional media advisors.

Right at the top stands BBC television. Anyone considering complaining to the BBC in coming weeks may like to remind them of their flagship “blog” The Editors posted on May 10 2007, you know the day that Gerry McCann “re-remembered” his first police statement, Mathew Oldfield struggled to give a coherent account to police officers of his “hear no evil, see no evil” visit to 5A and Kate McCann rehearsed her September 7 refusal to answer questions by making herself unavailable to help the police. The “fairy story”, as it was described in court, had already broken down.

While these dramatic events were taking place what was the BBC up to? Let Mr Kevin Bakhurst, controller of BBC News 24, tell you in his inimitable  own words, in his post entitled, don’t laugh, Avoiding Intrusion. Got your vomit bowl to hand? Good, here we go:

Always believe in the fairies, children

News 24's Jane Hill has been in the Algarve since Saturday morning as part of a sizeable BBC team and we have strived to try to get the tone right as well as the amount of coverage. Both in the Algarve and here in the UK, we have liaised closely with Madeleine's family and the British authorities on the wishes of the family and the facts and tone of the reporting. [As I said these two were already the prime suspects]

Early on, both ITV and Sky joined an informal pool operation in the Algarve around the family [as is now well known the suspects’ family had been actively briefing against the police for the previous six days] where we only showed Madeleine's parents and family by consent so as to try to avoid intrusion. The BBC helped to organise the televised statement by Mrs McCann which was pooled to British and Portuguese TV stations. Even in these difficult circumstances, the McCann's [BBC grammar] know that publicity for Madeleine is important as the search goes on.

We have called Madeleine by her full name (not Maddy), at the request of the family because it is what they call her. We passed on the accurate details of Madeleine's pyjamas, at the family's request, correcting the police's initial description. [The BBC is correcting the PJ's inaccuracies. Will they do the same with  Scotland Yard in Crimewatch? Any bets?]

For several days there were many developments that we reported as they unfolded and large audiences watched News 24 over the Bank Holiday weekend, concerned for Madeleine. For the last couple of days, there have been fewer concrete developments (at time of writing) and the temptation for some seems to have been to report unsubstantiated rumours of which there are many to try to keep the story going - particularly when there is self-evidently high audience interest in the story itself. We have looked into many of these rumours on the ground and that is all they have so far turned out to be. [Well, well. So the BBC suppressed reporting of certain “unsubstantiated rumours” – as they call them— seven days after the disappearance. Who tried to substantiate them? Where did they come from?]

We all sincerely hope that there is a positive outcome for Madeleine and the McCanns and we will continue to try to provide the high volume of coverage and updates that the audience obviously wants, whilst respecting the family's privacy and needs and whilst striving to separate real developments from rumours. [Ah. More "rumours" to be killed off.]

What a disgusting exhibition!

Read it again after you’ve washed out the vomit bowl. They can’t even plead ignorance of what was going on: "rumours"! They knew there was already another narrative in opposition to Woolfall and the family's inventions  and they chose to cheat and fool the public because of their own lamentable failure to investigate the story objectively. Exactly the same as their behaviour with Jimmy Savile – but in many ways even more serious.

Mr Bakhurst featured in the Pollard report into the Savile affair before "moving on".