Six days that fooled the world

Shill, [noun, verb]. One who poses as a satisfied customer or an enthusiastic gambler to dupe bystanders into participating in a swindle.

1. To act as a shill for (a deceitful enterprise). 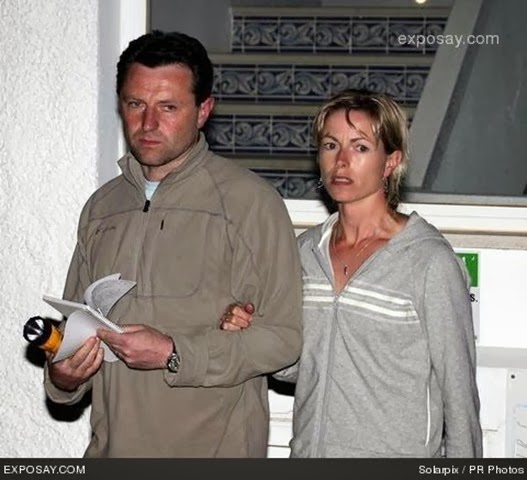 Would you admit you bought London Bridge from this pair? Would you?

Six years now and not one single fact to back up the hysterical media claims that began on May 4 2007 when  Kate McCann, Gerry McCann, Michael Wright, Philomena McCann and Trish Cameron started lying systematically to the media. Not one. 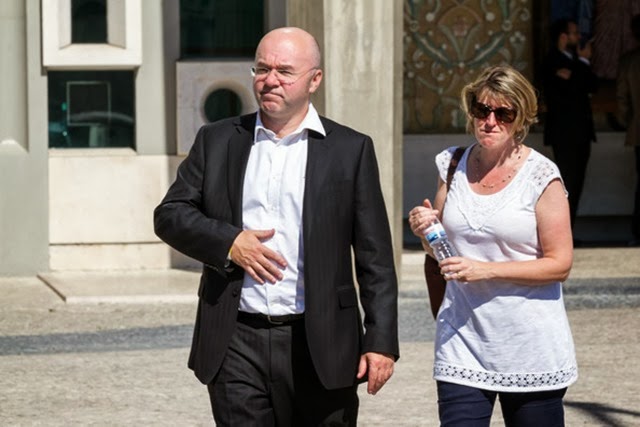 Trish Cameron lied on May 4 when she said that the parents had been stalked by an abductor during the week and that apartment 5A had been broken into by an abductor. She had been contacted by Gerry McCann on the night of May 3/4 and given the fairy story to publicise. 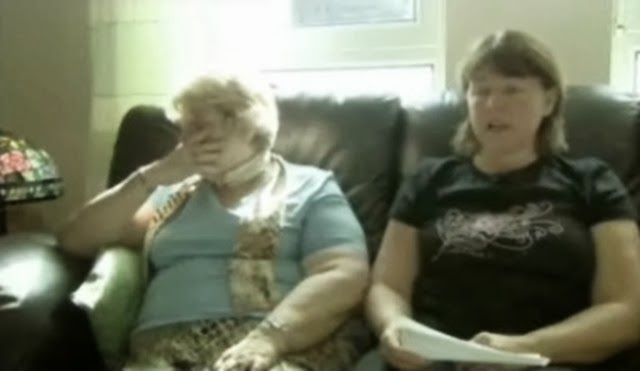 Trish Cameron on the right, the "why it's for sale" shill

On May 6 Philomena McCann began deliberately lying about the police investigation to the media, claiming lack of response, inadequate searching,neglect and inefficiency. Not one word of these claims was true: they were lying inventions of Kate & Gerry McCann, passed on to Philomena specifically for outside broadcasting, despite the police pleas for silence. 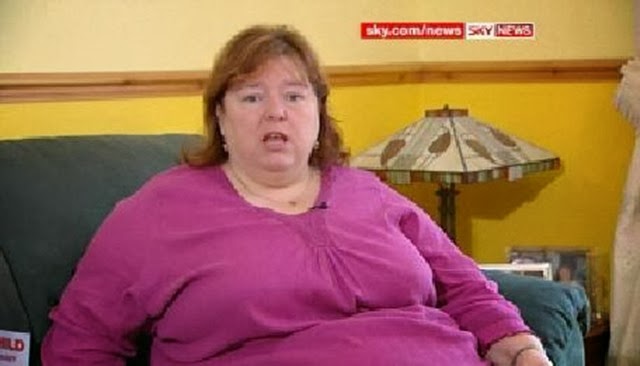 These actions of the five people are not claims or my opinion: they are established, on the record, proven facts.

The media fell for every one of the lies. The conspiracy to cover up and lie about the events of May 3 onwards was completely successful and the family shills, aided by the two principals feeding them what they wanted publicised, went onto radio and television further embroidering their baseless claims.

The end of the affair

The Madeleine McCann Affair was essentially over by May 10. The actual course of events and of the investigation had been completely drowned out by the lies which the media simply multiplied and amplified for the next twelve weeks until, in early August, some of the facts could no longer be denied. Until then the McCann family's stranglehold on UK media reporting, and hence knowledge of the truth of the investigation, had been maintained 100% with all of them insisting, day after day, that the police had no suspicions about the couple.

May 10. The day that Mr Bakhurst, head of BBC news 24, wrote his revolting paean to the lying family, having been completely taken in. He and his staff knew of the early and complete refutation of  the lies about "the poor search effort" and the invented "intrusion evidence" by Mr Hill, eyewitness and Mark Warner manager, who quoted the refutation evidence publicly.

They chose to ignore or muffle it, as did the other media organizations.The BBC knew on May 10 of  other versions of what was actually going on. We don't know where they came from or how truthful they were because the BBC deliberately chose to suppress them.

Why? Conspiracy? Corruption? Political pressure? Believe that if you like and go on feeding little lying Glasgow Gel's self-image as a power behind the scenes.

Psst! I've got this bridge on my lorry

All of them suppressed, and still suppress,   any inner doubts  because of just about the oldest human weakness, after sex and apples,  of  all: the weakness that makes people go on trying harder and harder to buy London Bridge once someone has completely convinced them that it really is for sale. Given that initial conviction, as every conman knows, the punter is forever in too deep to get out. Shame, sheer embarrassment, unwillingness to believe in your own stupidity, pride. They were all comprehensively conned and they can never admit it, as Crimewatch will demonstrate yet again.

To complete the con Gerry and Kate McCann have time after time disguised the truth of what happened on the night of May 3/4, claiming repeatedly that media interest came as a  "surprise" to them after they had returned from Portimao police HQ on the afternoon of May 4. The truth, again a matter of record,  is that they initiated  the media interest by the use of the "green light" later described by Kate McCann: the method of using third parties and co-conspirators to circulate lies to the public. Even giving evidence to the House of Commons Gerry McCann  misled the committee under oath  with exactly the same part of the "fairy tale". 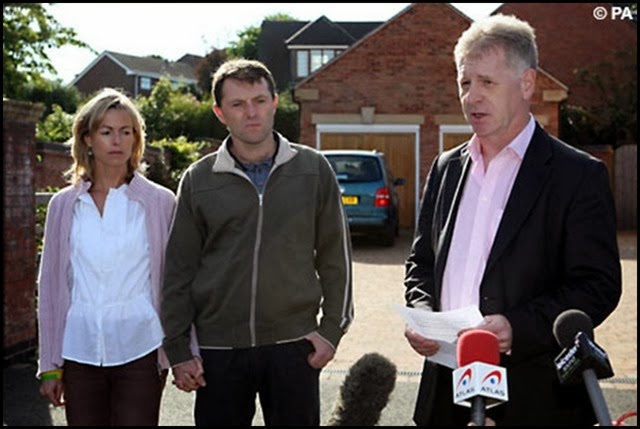 By the afternoon of May 10 Gerry McCann knew that the police had made him, his wife who was "unavailable" for interview and the seven friends the prime suspects in the investigation into the disappearance of Madeleine McCann – he heard Oldfield crying hysterically in the police interview room as he was accused of being part of a faked abduction. Yet – read the blogs for August for an insight into a disgusting liar's methods—he went on hiding the truth from the British public.

And even now the BBC go on suppressing  the information that they were given – you know, those "rumours".

Legal note. I do not throw accusations around carelessly, Evidence exists for all the factual claims made above.

It could be argued for three of those named above that the evidence does not justify  the claim that they “lied”, i.e. that they passed on information that they knew to be untrue.

Yes, it could be so argued. In which case the following questions arise:

If no retraction has been given then their failure to retract known untruths is tantamount to continuing the intention to deceive.By this footnote I am bringing the refutations to their attention.

Then let's  see where it goes from there.