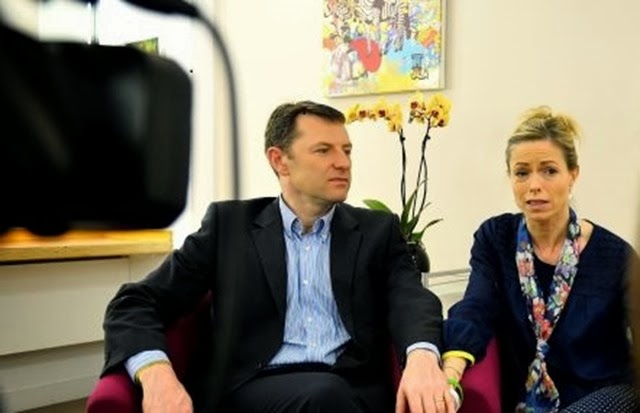 The truth decides the face, not the make-up

Anyone who thinks that the excision of Jane Tanner’s sighting – the most significant development in the case since 2007 – leaves the rest of the group unscathed is living in dreamland.

The evidence demonstrates a collective effort to build a narrative of events based on an innocent passer-by being an “abductor” on May 3 – 10, by omission, invention and distortion. It isn't a  bolt-on that can be safely removed from the group’s evidence:  without it the whole rotten structure starts to crumble.

The failed narrative can be seen to start with Madeleine McCann's pathetic but dangerous  legacy - the  sticker books.

In neither  book, written as the police were approaching, is there any mention  of Gerry McCann seeing his children on the “9.04” visit. In sticker book one Oldfield’s visit is described as having “seen twins” at 9.30ish. In the second his entire visit to the apartment is deleted. Not because a version of it didn't happen but presumably because they can't yet find a place to put it. Only the JT vision and, significantly,  the “10PM alarm” are constants. The juggling with the truth to make it fit neatly  around an abductor who would never be found is  transparent.

Then the  collusion among the critical members of the group goes on hold for troubled sleep and afterwards for their appointments at Portimao police HQ.

The police reports of May 4 are laughably devoid of most of the information that was afterwards fleshed out around the sighting. GM states that he checked and found the kids OK but thought the bedroom door was not in quite the same position it had been left in. Tanner’s sighting is there in only skeletal form but everyone points the police at it.

Over the weekend the timeline is written and printed and accounts hugely expanded to welcome and accommodate the stranger. GM now remembers significant details about his first visit, tying it in with what Oldfield saw, all leading to the conclusion that the abduction took place between 9.15 and 9.30. The description of the sighting is filled out in absurd and fictional detail. Mathew Oldfield, the most malleable of the group (“get down to reception and see what’s happening with the police!”) and Jane Tanner, the most vulnerable, become the foundations of the fairy story. As always Kate & Gerry McCann work from behind the scenes.

Oldfield’s embroidered version is given to the police on May 10; Gerry McCann adds more colour to his own visit. Most of the others are " unable to help" with critical details. The police treat it all with the derision it deserves.

A year later at the Leicester interviews the compromised ones try to extricate themselves from the lifetime danger of their position. They can’t. Their stories, from the open door to the ambiguous shutters, cannot accommodate a disappearance after 9.30. Payne, more helpful than he realises, says:

"…but you know and then you’re looking for information to, to try and fit in with what you thinks happened and then you know when, when we knew that we just thought, you know, that is it, that is who’s taken her.”

O’ Brien, sensing danger if the brittle Tanner’s vision is ever discredited, tries to rewrite his statement to make the Oldfield visit less critical, less dependent on his partner’s veracity.

“’This is the final check before Madeleine was noticed missing’ if we remove that?”

Oldfield himself now  tries to back off, aware of the horribly risky  position he’s in. In place of the original story – GM left the bedroom “very dark” at 9,05, Oldfield found it backlit somehow from the window – he now thinks it might have been moonlight through the patio doors that was brightening the room!

All futile, all too late. The door which opens and closes in Madeleine McCanns' bedroom is like a mocking symbol of the lethality of their collective position.Gerry McCann digs himself deeper and deeper into the mire every time he opens his mouth about that door: its final position now condemns the couple to an abductor before 9.30. He can never close it.

And what of that ghostly presence lurking in the room while Gerry McCann was there at 9.05, the one that comes and goes according to mood or need, so beautifully described by Dr McCann and so helpfully enlarged upon by that freak Mitchell. It won't come and go anymore: you can't pick the hunchbacked paedophile monster out of the garbage bucket where he was hiding and say, come on chum, we've got to move you to 9.55.

The whole  black comedy nightmare process can be seen in the files. It is impossible for them to rewrite their parts. Gerry and Kate McCann, known and notorious liars, now don’t even have the fig-leaf of the Tanner story to give them at least the possibility of veracity and are left horribly exposed, as their faces demonstrate.  Payne will find a way to save himself: people like Payne always will. The most vulnerable domino of the 7 is now out of the game, exactly how we don't know. Will the other "useful idiot", the most malleable one, be the next to fall?

So the fiction they created, which combined self-protection with the hallmark McCann soap-opera material so easily accepted by the credulous, (because it’s fiction! silly) –  a swarthy villain heading for escape  but a possible happy ending  for the child somewhere, somehow, Send for the helicopters! Close the borders! One day she’ll be released from her Algarve log cabin if we hope and pray! – gives way to  another, rather more real narrative, the only one around and one that they are all powerless to counter: that of a sinister figure carrying an inert child through the darkness down towards the deep sea, from which there is no return.